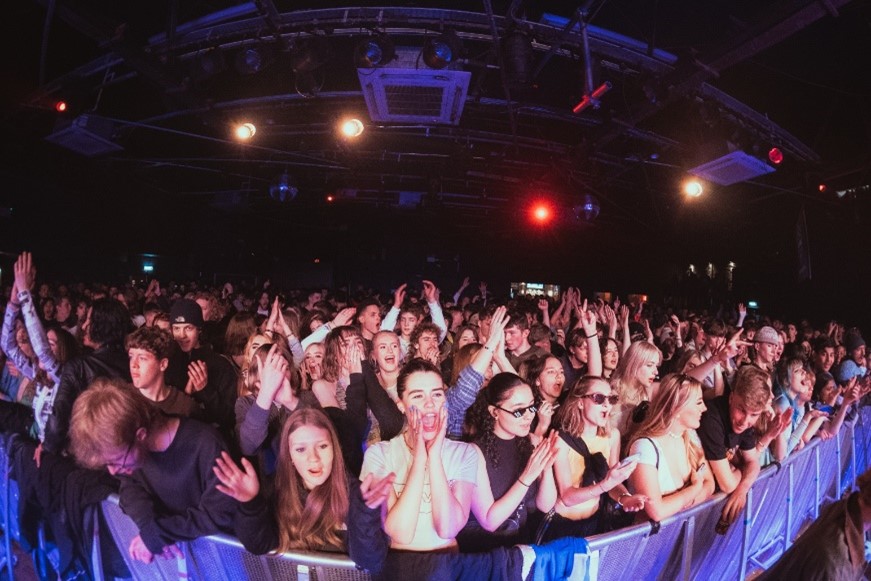 Thousands turned up at The Leadmill to sing and dance the evening away. Image Credit: Matt Wesson

Sheffield Music Trails festival which took place on Saturday 2nd April, supported by the South Yorkshire Mayor’s arts & culture fund and Sheffield City Council, proved to be a hit for music-lovers across the city. This completely free festival, now in its second year, attracted over 3,000 attendees who came out to enjoy the event which spread across 19 independent venues. It was hailed as a celebration of Sheffield’s music scene and the spaces that bring it to life.

With a variety of artists from across the UK, performing throughout the day, the festival aimed to offer a variety of genres and venues to cater for all tastes.

Hosting everything from intimate acoustic sets to house music DJs, the Trails’ eclectic line-up went down a treat. Starting off the day at The Frog & Parrot on Division Street, the festival brought crowds to venues such as Yellow Arch Studios, Plot 22 and The Washington before finishing up at the iconic Leadmill, where over 1,000 fans came out to show their support and dance along to artists such as Tom A. Smith, Youth Sector, Bedroom High Club and festival headliners KAWALA. 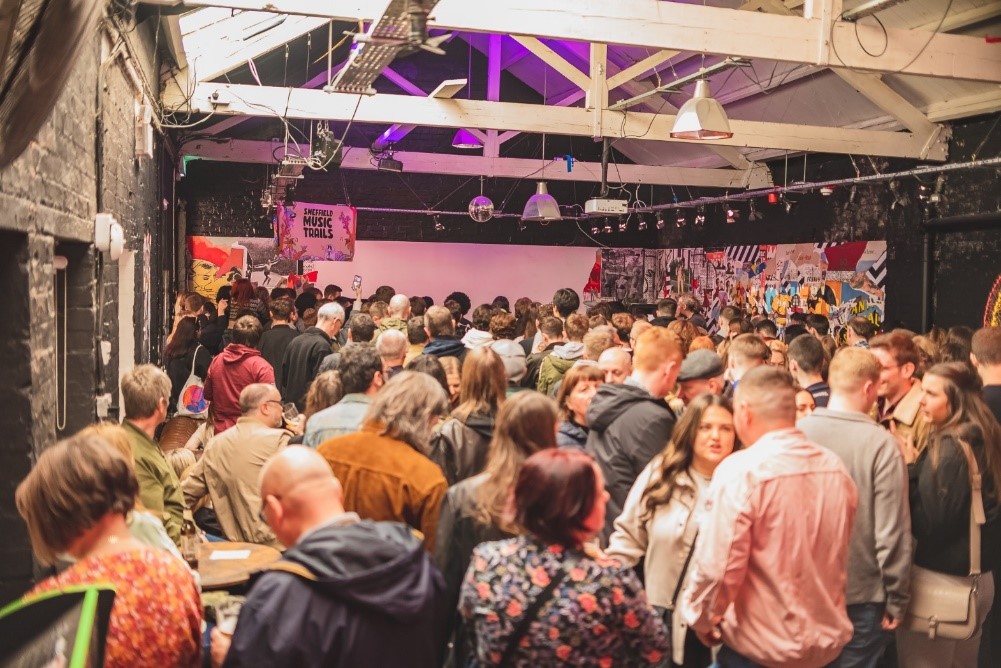 The event was made possible with funding by Sheffield City Council and the South Yorkshire Mayoral Combined Authority in a bid to support cultural and creative industries throughout the region.

The Music Trails provided work opportunities for hundreds in the sector, including venue staff, sound engineers, and 63 performing musicians.

Edward James, one half of local rock duo Perfectparachutepicture, who performed at West Street Live on the day, said the Music Trail ‘has the potential to become one of the biggest music events in the city for upcoming talent’.

Ollie Parker, events manager at Sidney & Matilda, shared the sentiment, saying the Music Trails ‘did a great job of introducing independent venues to new audiences, and created a real buzz around the city's music scene that has suffered so much over the last few years.’

Kate Brindley, Project Director Arts, Culture and Heritage, at South Yorkshire Mayoral Combined Authority, said: “It is fantastic to hear that the Sheffield Music Trails was such a success. Sheffield has some iconic music venues, such as the Leadmill, that attract some really big names and they are part of the city’s cultural heritage that is so important to maintain. With music venues hit so hard by the lockdowns, it is wonderful to see them bouncing back.”

LOOKING FOR SOMETHING OLDER?

Why not look through our archives?